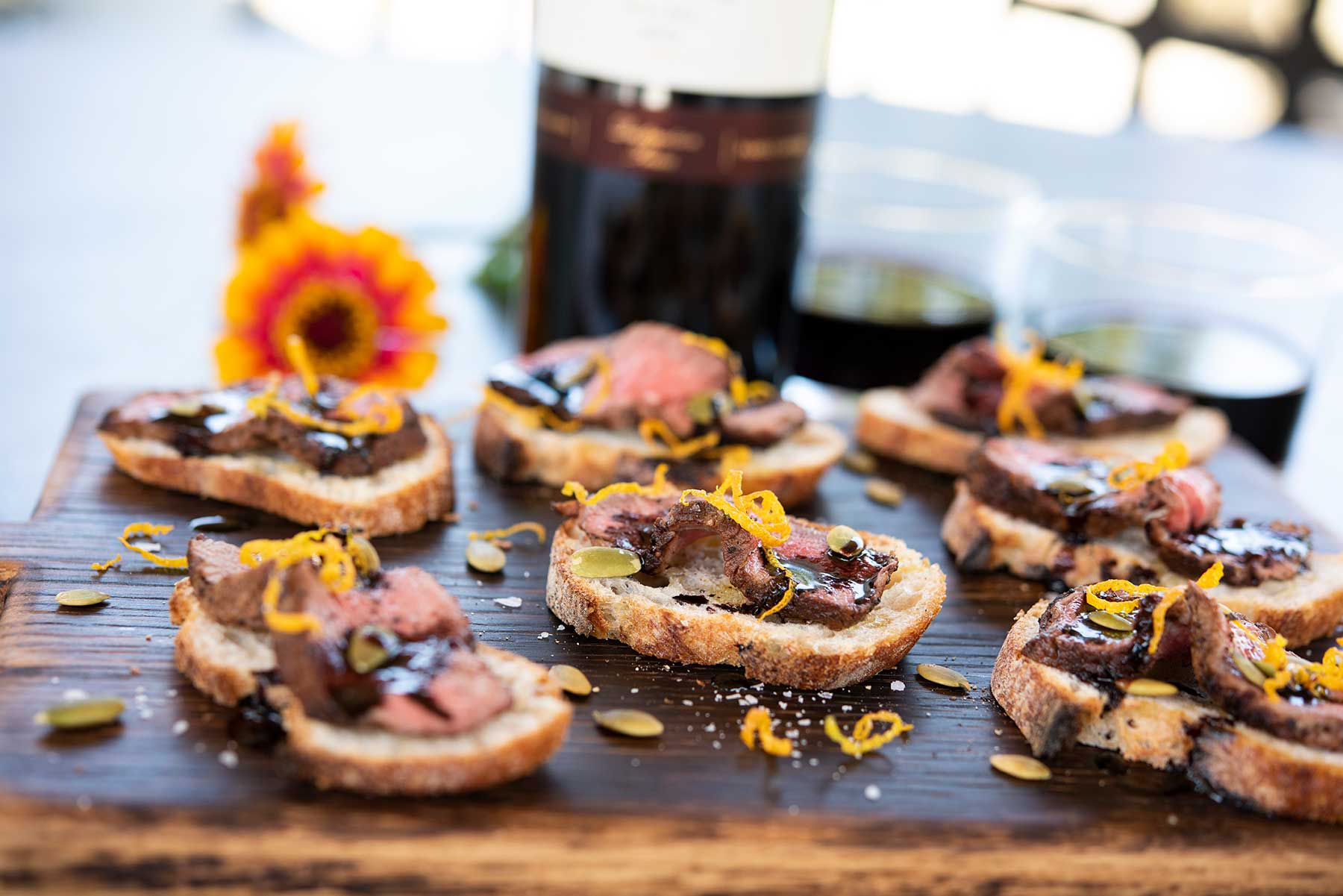 Preheat oven to 425 degrees. Place sliced sourdough on a foil covered baking sheet and brush the bread with a small amount of olive oil. Bake 8-10 minutes until lightly toasted. Remove from oven and cool.

Finely zest the Valencia orange and dry in the oven at 350 degrees for 2-3 minutes. Set aside. Rub the tenderloin with blackened spice. Sear first and then roast in a 350 degree oven for approximately 7-10 minutes or until meat thermometer reaches 120 degrees. Remove from oven, cover and let rest.

To prepare the Cabernet reduction sauce, sweat the shallots with butter until golden. Add bay leaf, peppercorns, parsley, Cabernet Sauvignon and reduce 60%. Add beef broth and cook until reduced by half. Season sauce with salt and pepper to taste.